Brennan Investment Group isn’t the only industrial developer capitalizing on renewed interest in teh Interstate 4 corridor, between Tampa and Orlando, and Florida’s swelling population.

Nor is it the only company willing to forego tenants before proceeding with construction of a multimillion dollar project.

Duke Realty Co., Prologis , Liberty Property Trust and McCraney Property Co., among others, are marching ahead with construction of a new project–even on a speculative basis, like Brennan–to meet a tightening inventory and a growing demand for distribution space.

Taken together, roughly 3 million square feet of new industrial space is under construction between Tampa and Orlando.

But Illinois-based Brennan may have a major advantage in the fight to capture tenants: size. Its first of three buildings in the CenterState Logistics Park, in Lakeland, will measure 605,000 square feet– and be the largest new industrial offering for lease along the Gulf Coast or the Interstate 4 corridor.

“It’ll be the only building out there measuring 600,000 square feet in all of Central Florida,” says Robert Krueger, a Brennan co-founder and managing principal based in Tampa. “And because we can also subdivide the space into 200,000-square-foot increments, it gives us a unique perspective on the market as a whole.”

“We’ve had a lot of good activity so far, we’re really pleased. We think this project comes at the right time, is in the right place and will be the right product.”

Brennan’s project comes as industrial inventory has tightened in the Interstate 4 corridor between Tampa and Orlando, as distributors and logistics firms scramble to find locations where they can reach as many as 18 million people within a 24-hour drive.

Industrial vacancy has dropped to around 6% overall, though that figure includes older buildings with some level of functional obsolescence that premier logistics firms wouldn’t consider leasing.

At the same time, e-commerce leaders like Amazon and Wal-Mart have constructed massive fulfillment centers in Polk and Hillsborough counties to meet consumer demand for quick delivery of goods.

“Florida’s population has swelled in recent years, and that gets the attention of retailers, especially,” says Ed Miller, managing director of industrial services for commercial real estate brokerage firm Colliers International Tampa Bay, who is marketing CenterState on behalf of Brennan.

“So does the fact that Amazon and Wal-Mart both feel the need to be here,” he adds. “And the nature of the distribution business has changed in recent years. It’s moved toward e-commerce. Warehouses used to be places where people stored stuff. Now, distribution buildings are viewing as part of the transportation system. When consumers buy something, they expect it within 24 to 48 hours in most cases.”

Krueger also contends CenterState’s construction methods and its modern dimensions will separate it from similar projects. Its initial building, for instance, will have a 36-foot clear height– an advantage for distributors looking to gain additional storage capabilities by going vertical. In contrast, most of the modern warehouse space in the Interstate 4 corridor measures 28-foot to 32-foot clear.

Brennan also plans to use a special, dense concrete mix that will eliminate some 70% of the joints in teh ground slab for a smoother floor. So-called “super-flat floors” are important in distribution space with high ceiling heights so forklifts and other equipment can operate effectively.

“We think we’ll have the best floor in the area,” says Krueger. “And with industrial buildings, the two things that matter most are teh roof and the floor.”

Brennan, which was founded in 2010 and today owns more than 35 million square feet of mostly industrial space nationwide–including some 20 buildings in Florida–began CenterState in October 2015, when it spent $6.25 million to acquire the land.

It plans to complete the shell of its first spec building there in June, and wrap construction in the final quarter of this year. Miller says the building’s asking rent will be in the $4.95-per-square-foot range, on a triple net basis.

“Brennan wanted from the beginning to develop an institutional-grade, modern building aimed at a certain class of users,” Miller says. “And the decision to purchase the property when they did was a bold one, and they’re reaping the benefits of that now because they’re going to be the largest property available on the market.” 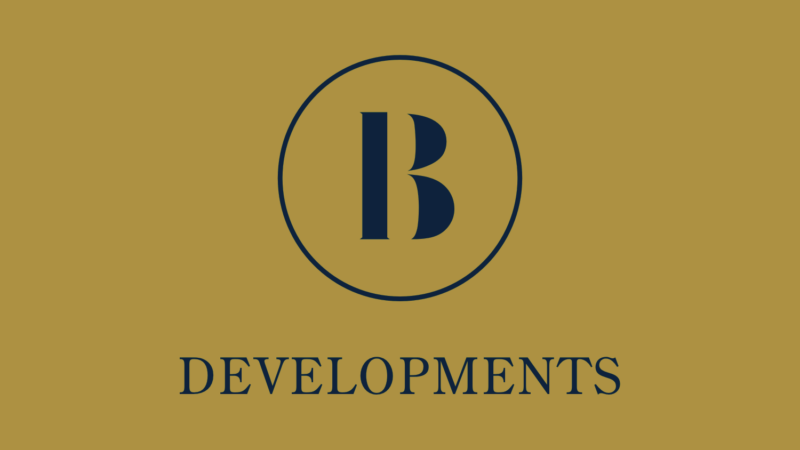