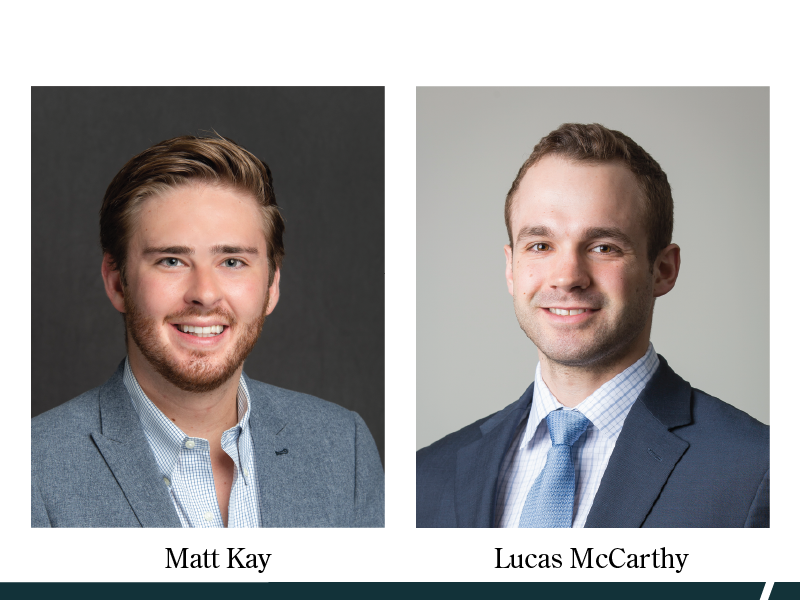 Lucas McCarthy’s new responsibilities include sourcing single tenant net lease investments across the Midwest region, in addition to uncovering value-add and development opportunities in the Minneapolis and Milwaukee markets.  In his previous role for Brennan, Mr. McCarthy assisted Brennan’s Managing Principal of the Midwest, Kevin Brennan, in the underwriting of over $1.6 billion in transactions across the entire Midwest.

“One of Brennan’s most important roles is the stewardship of young professionals into great investment practitioners,” explains Scott McKibben, Brennan’s Chief Investment Officer.  “Matt and Luke have worked hard from the moment they joined us, learning our industry and developing a competency for the Brennan way of underwriting and investing.  We have no doubt that they will succeed in their new roles.”

Both will office out of Rosemont, Illinois, headquarters for Brennan Investment Group.